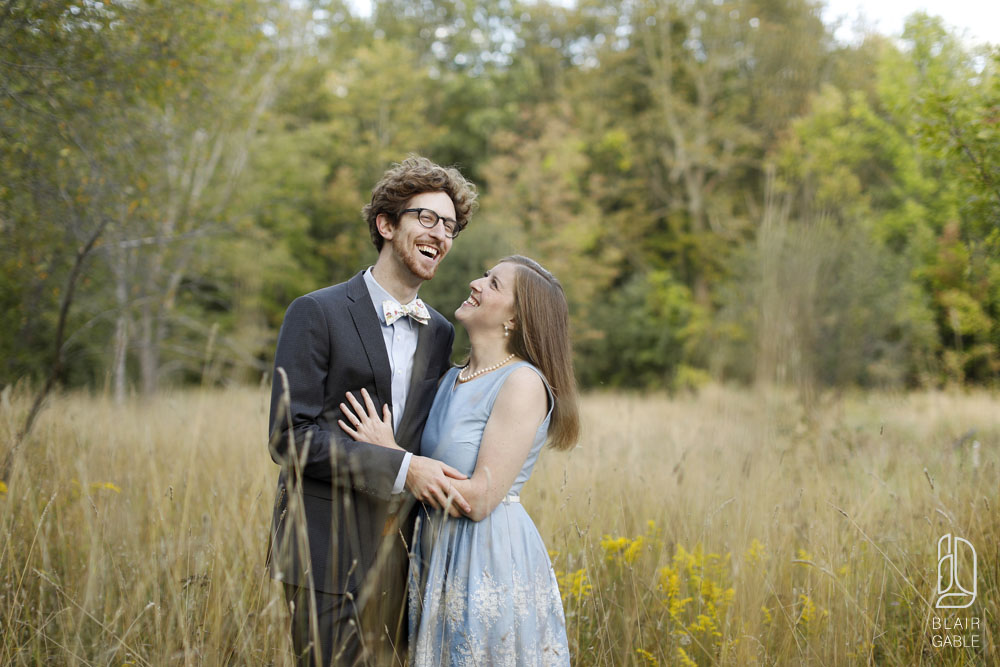 Kayla and Jonah’s engagement session at their family cottage west of Ottawa was a lot of fun. I loved shooting both looks because it gives so much variety to the package and now they have some choices about the sides of themselves to show off. The first scenario was a little dressy without being over-done and all bets were off once we went fishing. The cottage, the beer, and the boats are all big parts of their lives and gave a lot of authenticity to their photos. 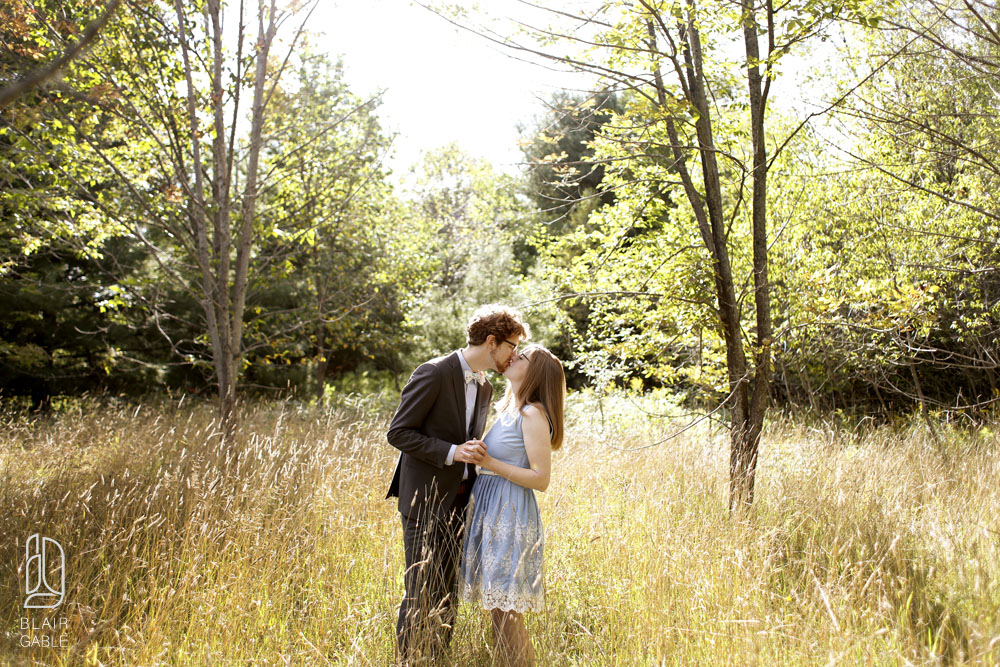 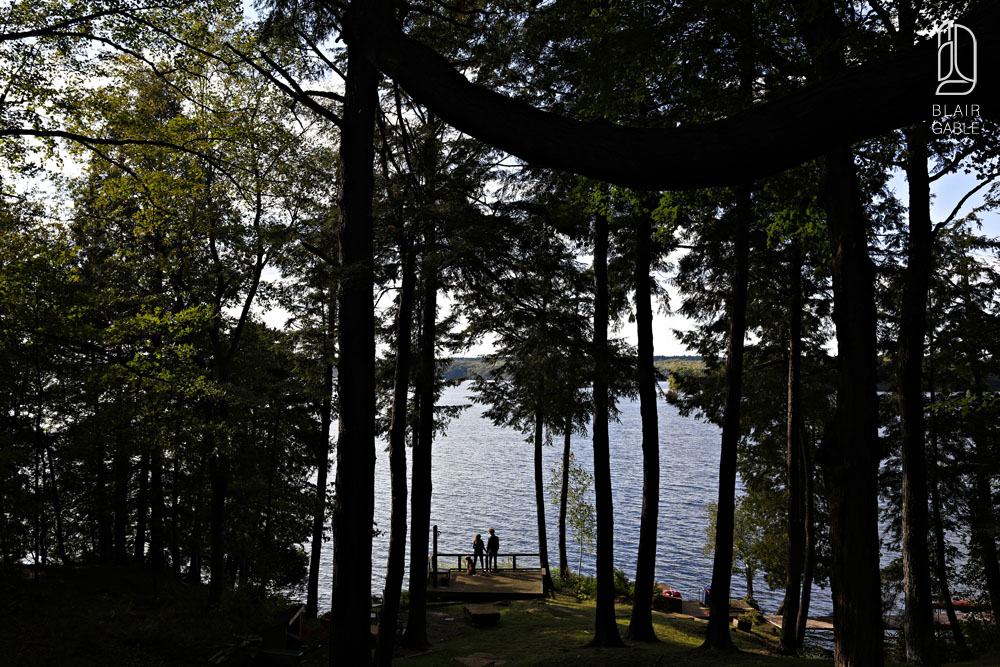 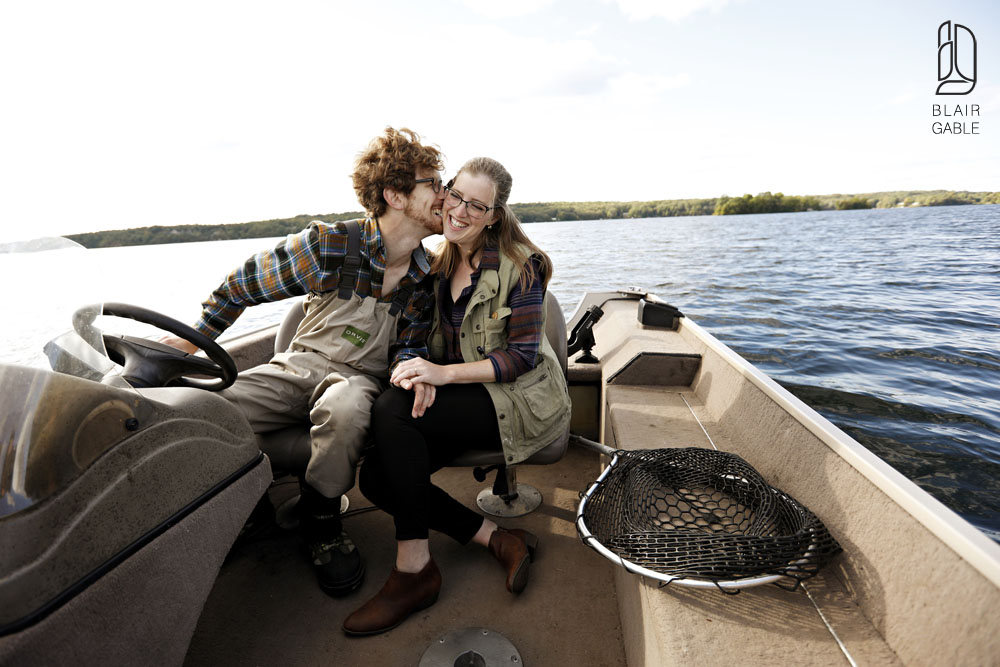 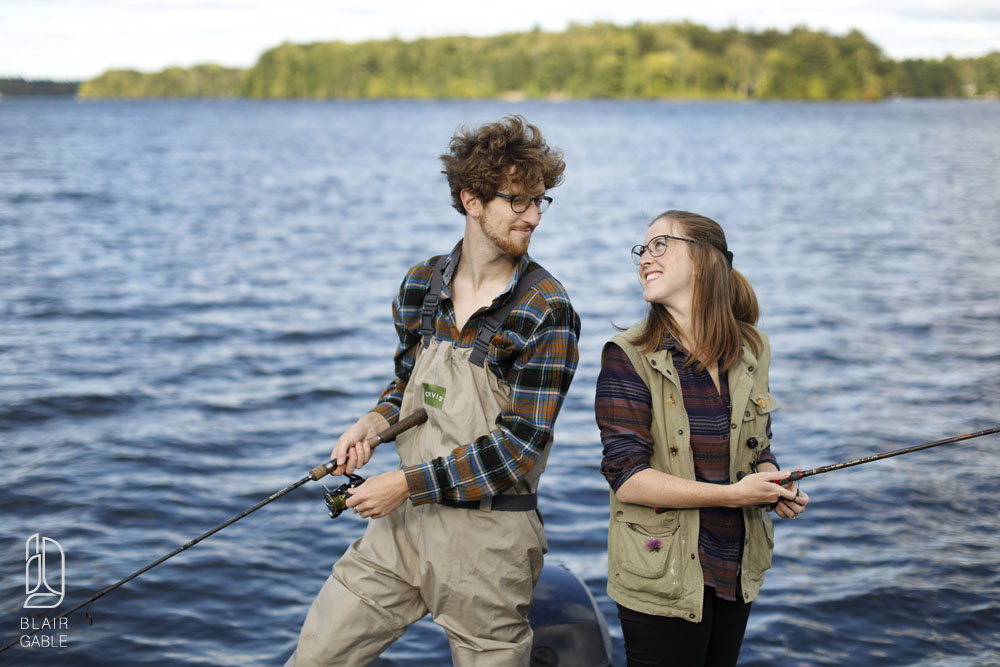 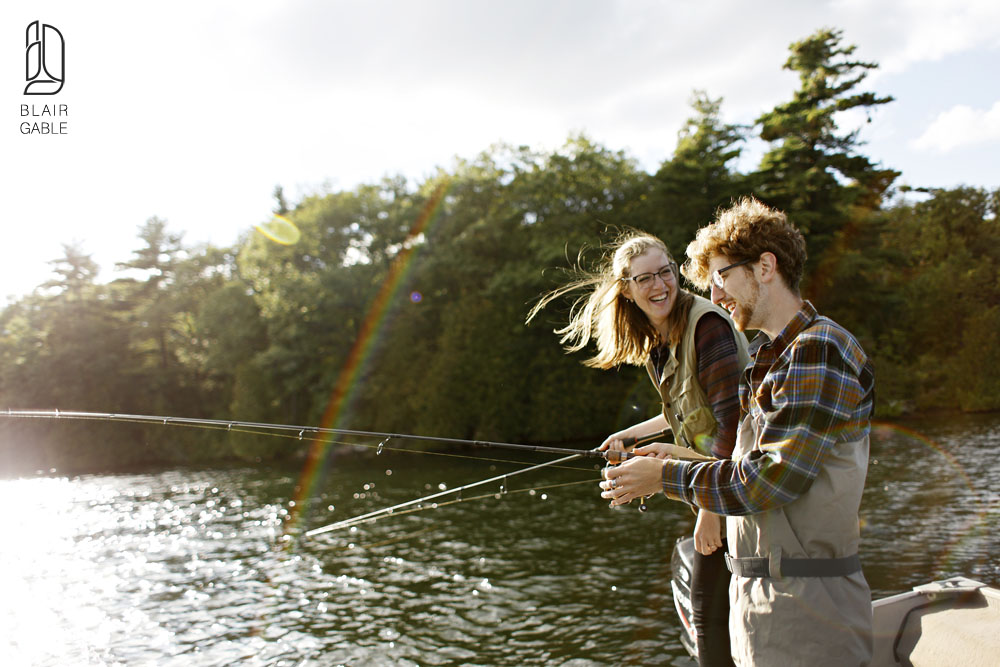 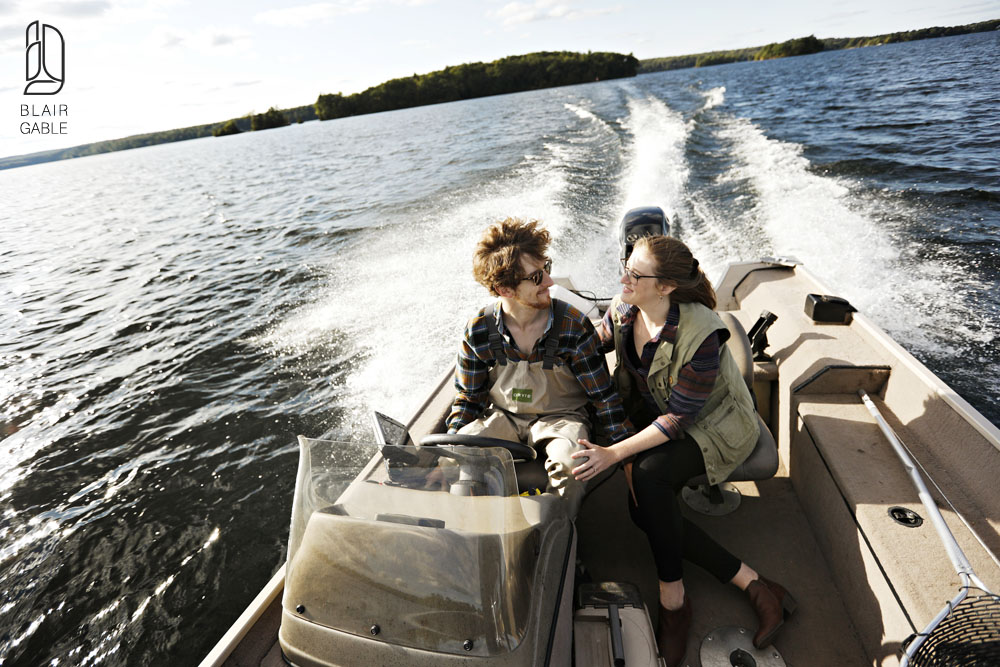 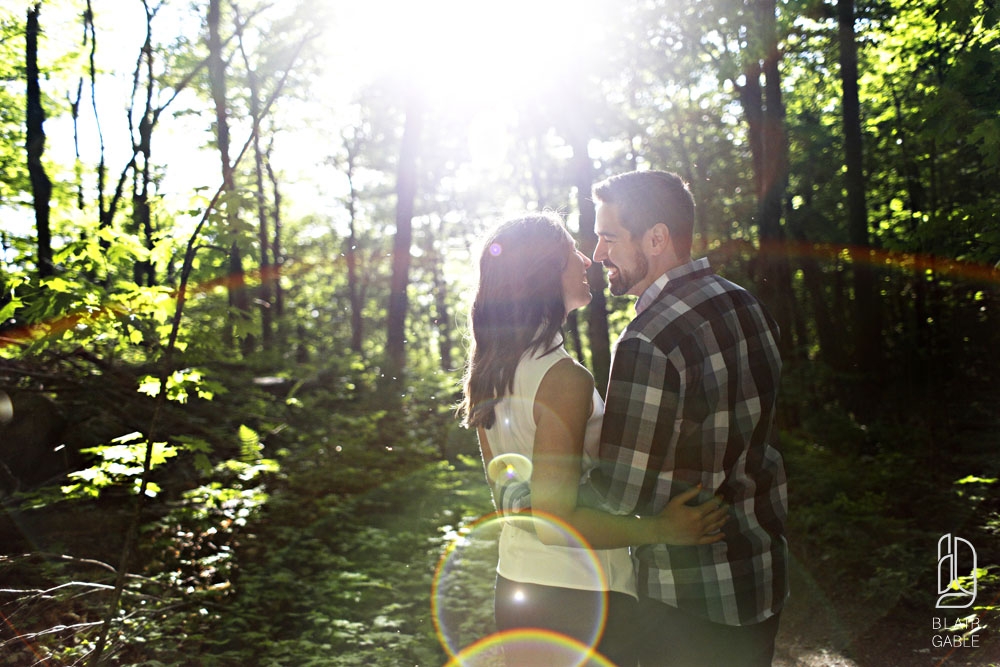 Engagement portrait session with Bryan and Cynthia at Champlain Lookout in Gatineau Park near Chelsea, Quebec. Photographs by Blair Gable 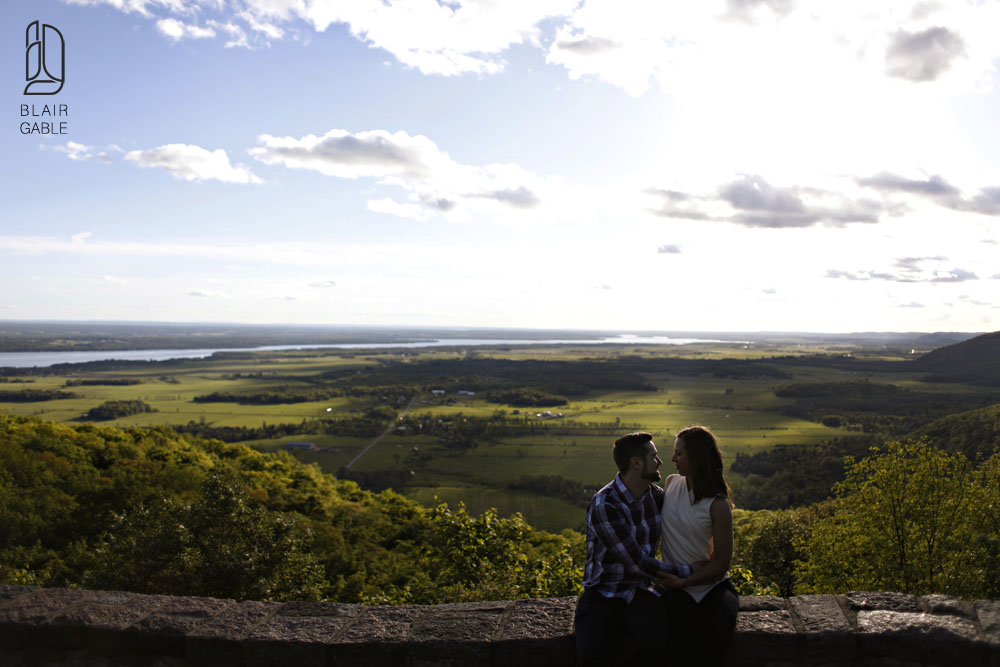 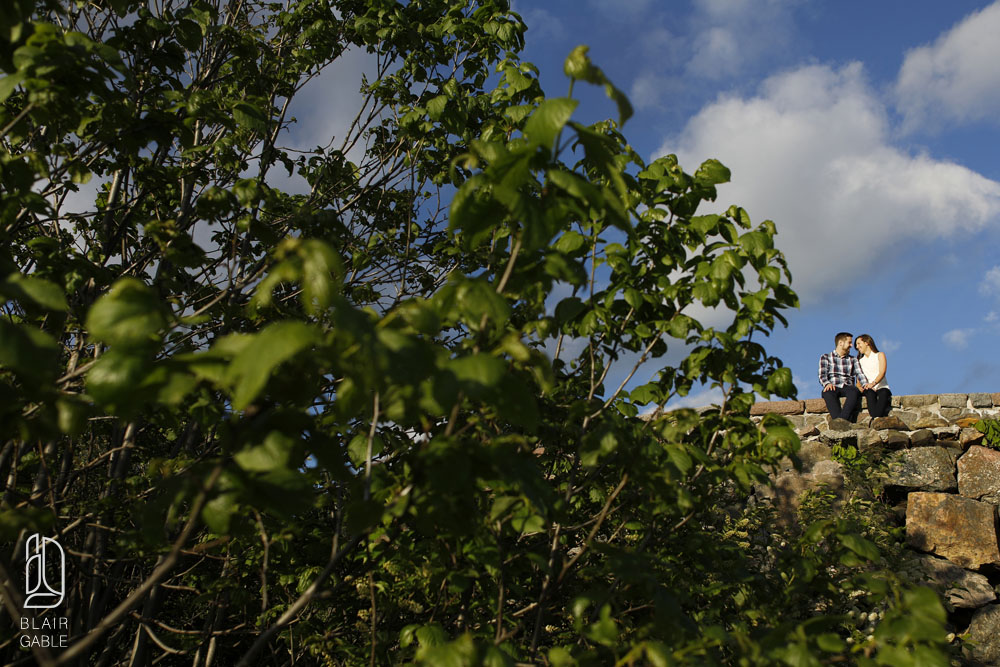 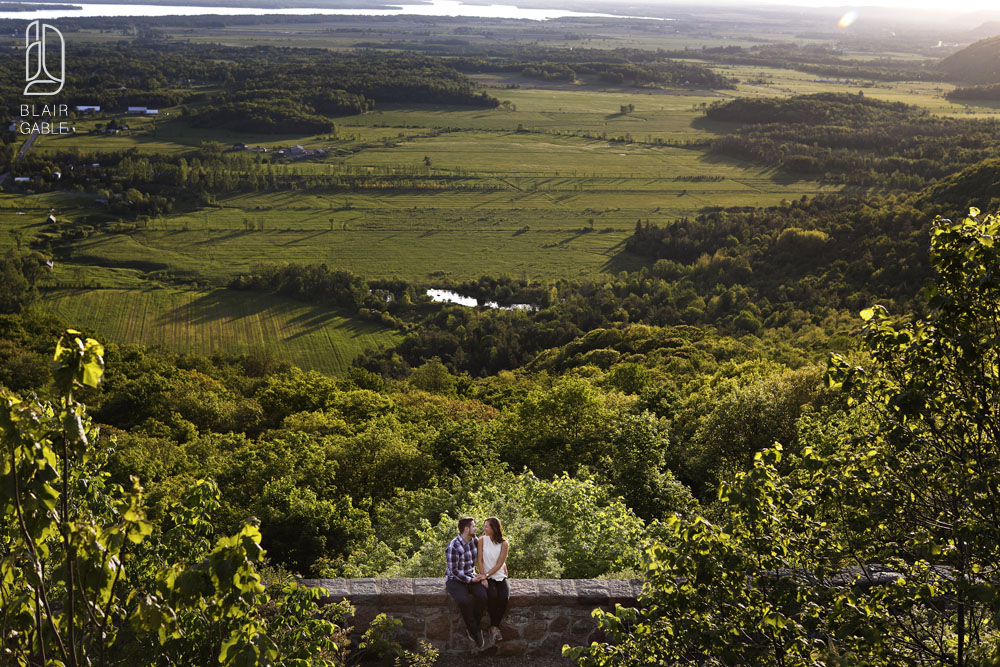 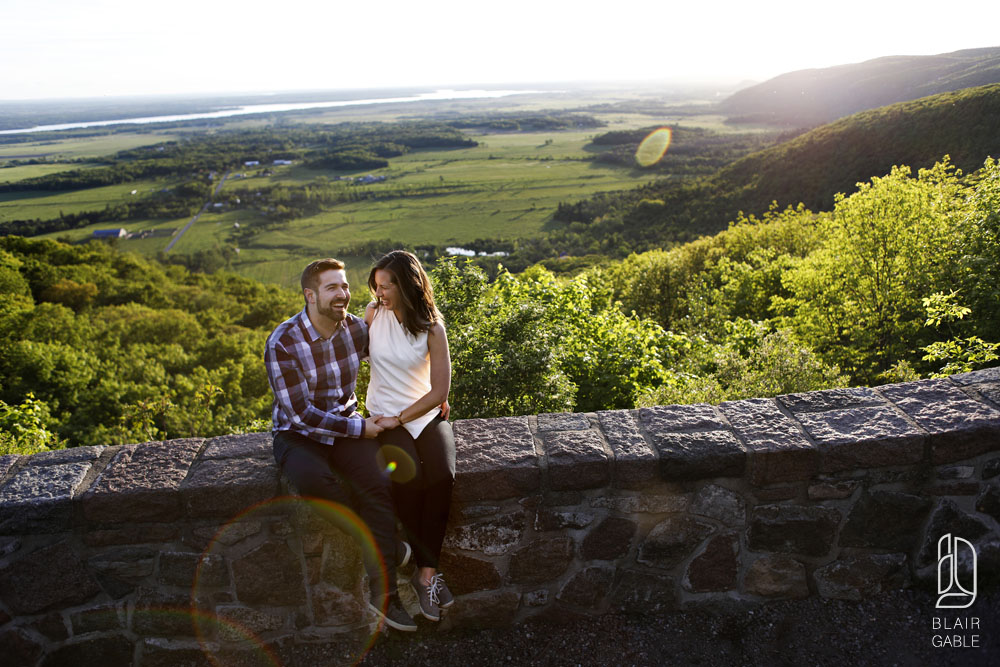 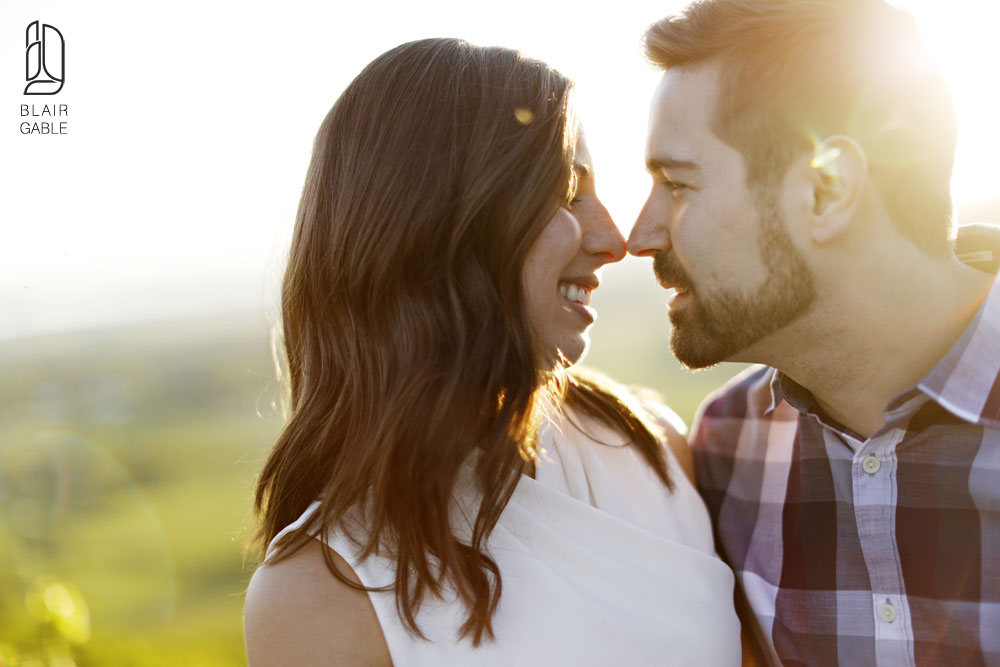 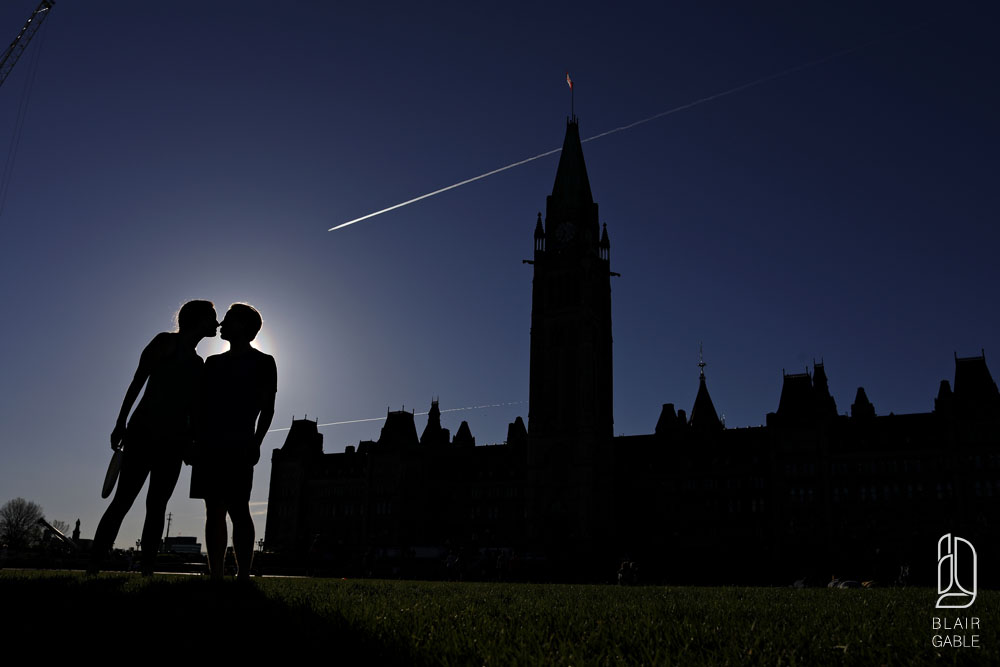 Laura and Aaron didn’t want a typical set of engagement portraits, which is great, because that is something I try very hard not to do! The best engagement portraits for me are the ones that highlight something about the couple – something that gives relevance about their relationship to the pictures. They play a lot of ultimate frisbee and wanted to take photos that captured some iconic places in downtown Ottawa. Nothing says love like sweating it out while playing catch on the front lawn of Parliament Hill. After their frisbee-scrimmage, we ducked into the Chateau Laurier for a costume change before heading down past the Rideau canal locks to the Ottawa River to take in a beautiful sunset. 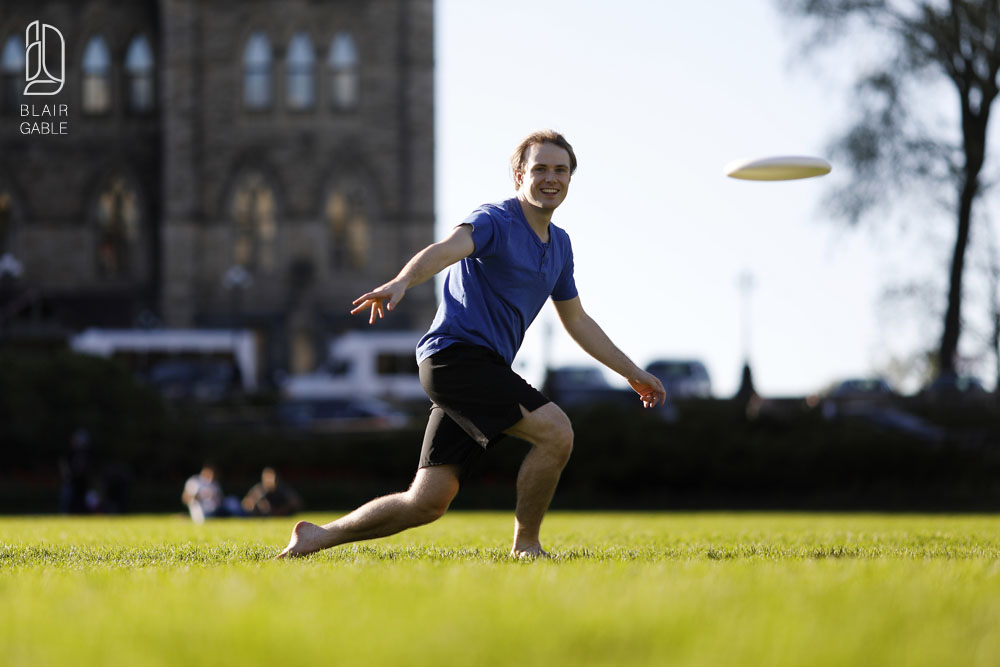 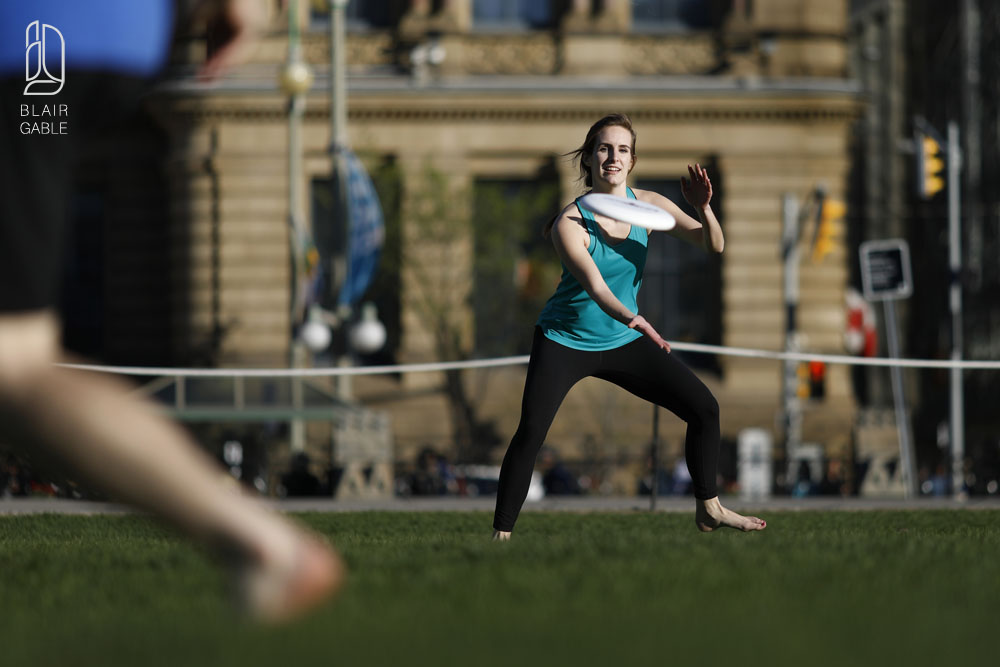 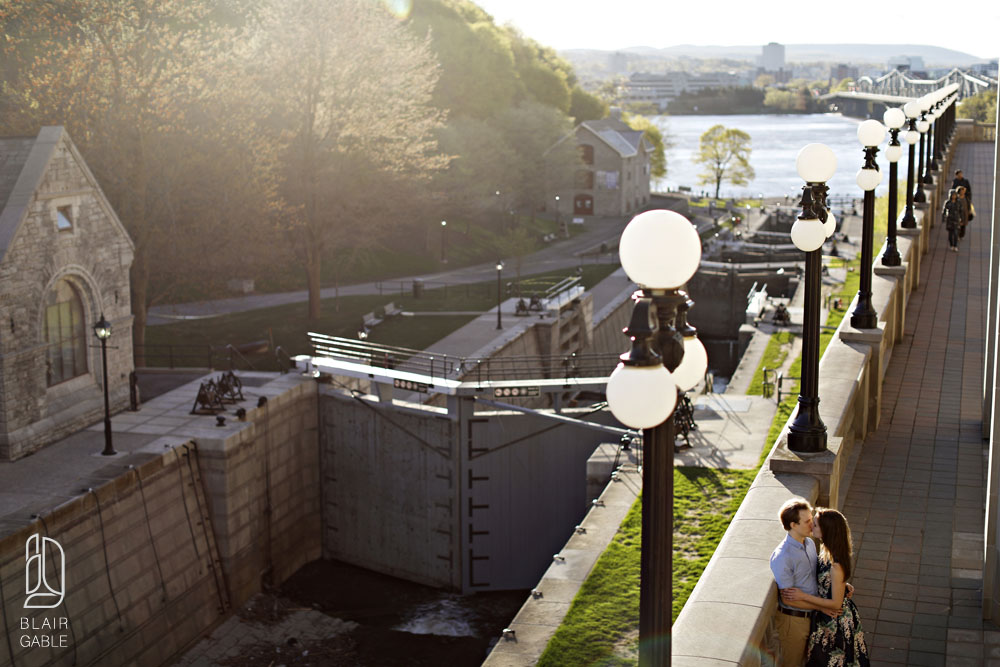 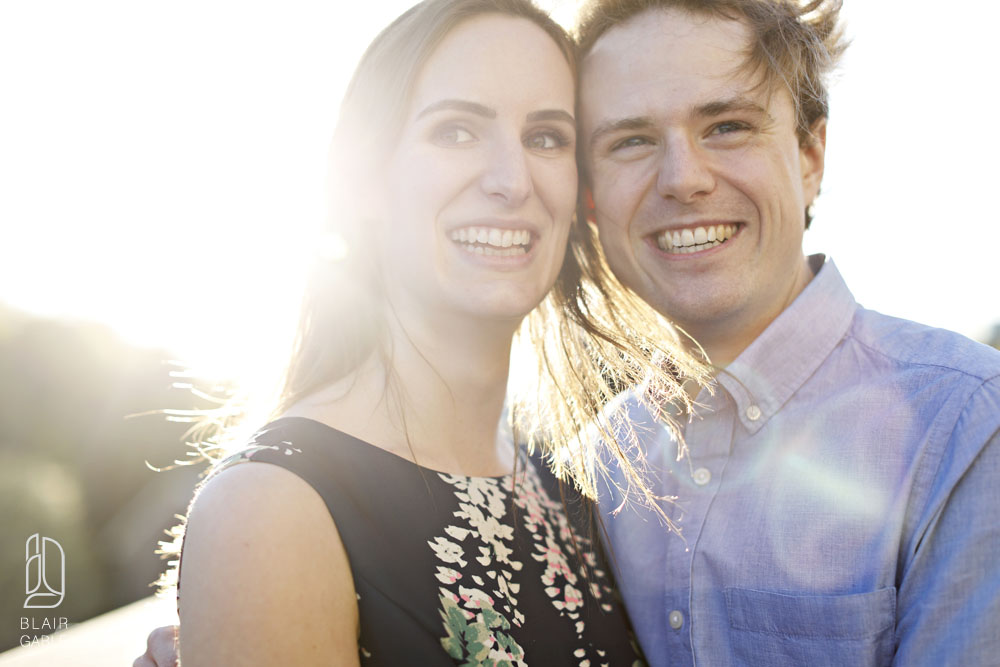 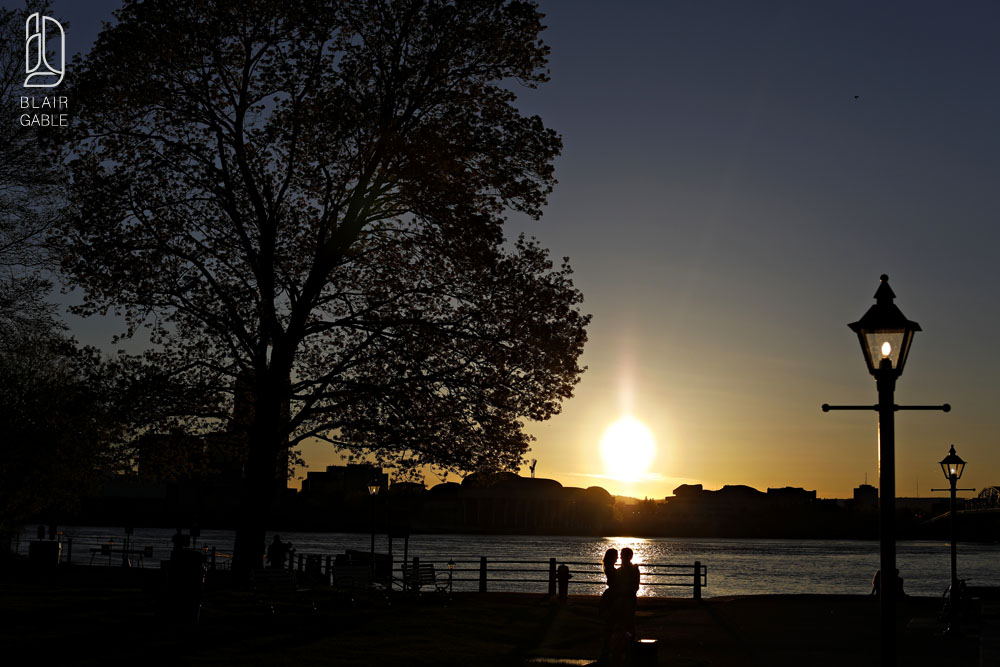 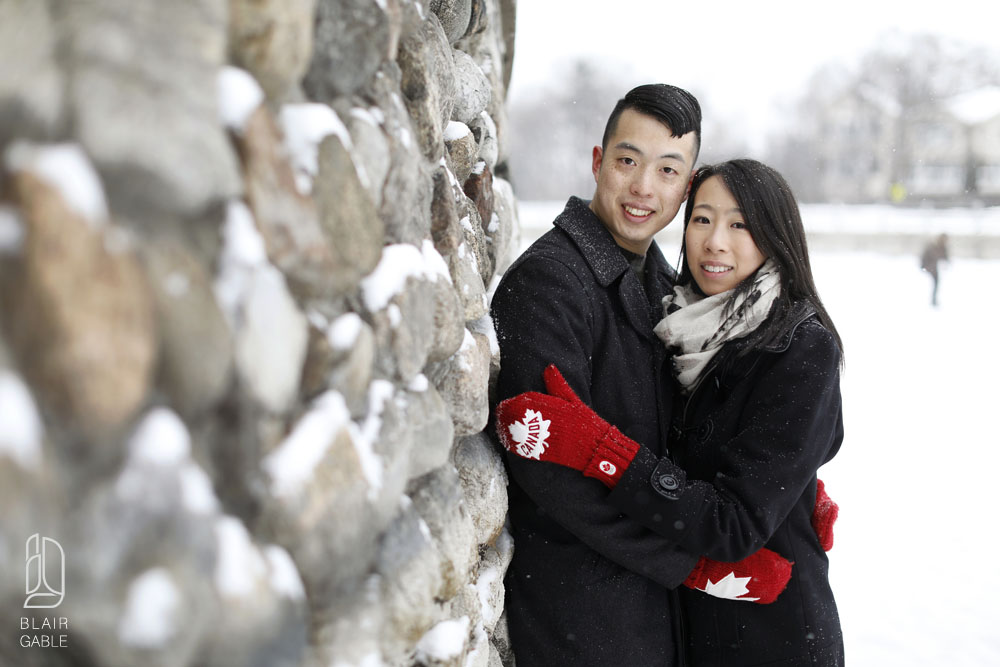 Last winter, I strapped on some skates with Victoria and Rayner for their Winterlude engagement session on the Rideau Canal. Skating with cameras, what could go wrong? 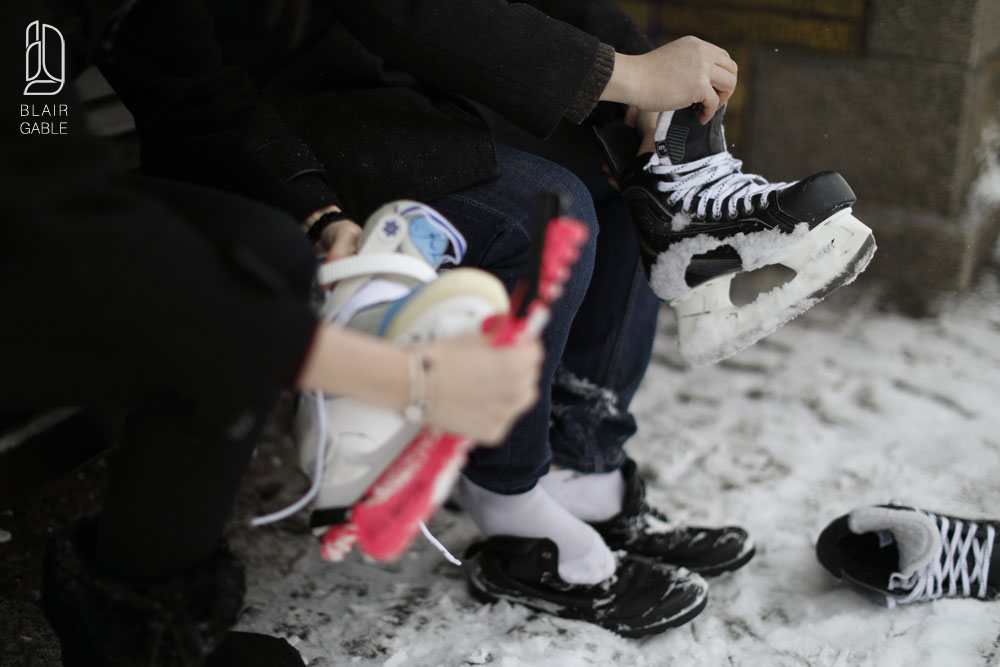 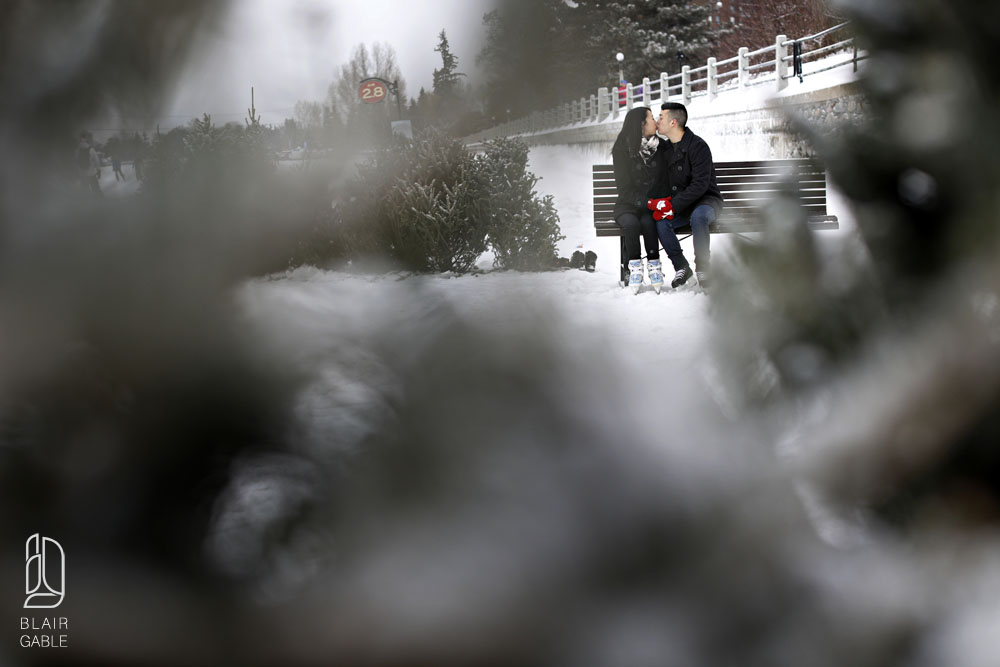 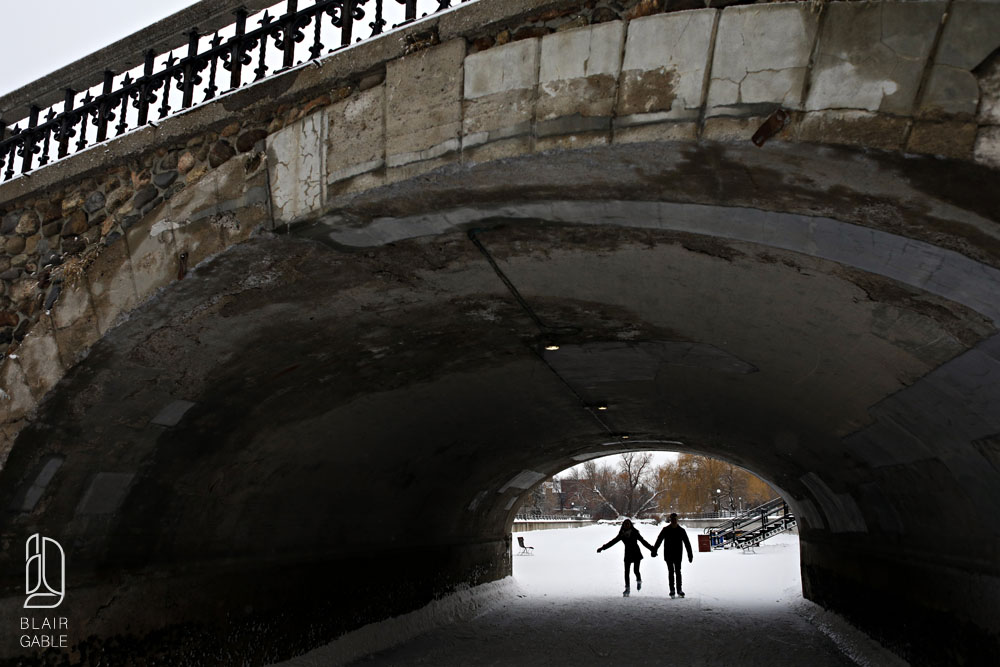 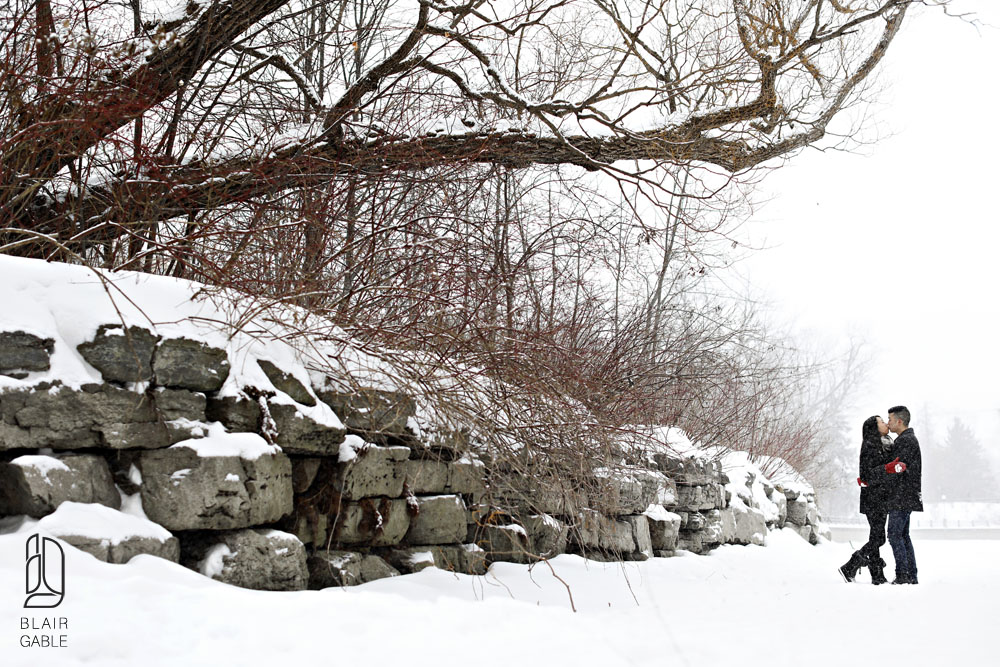 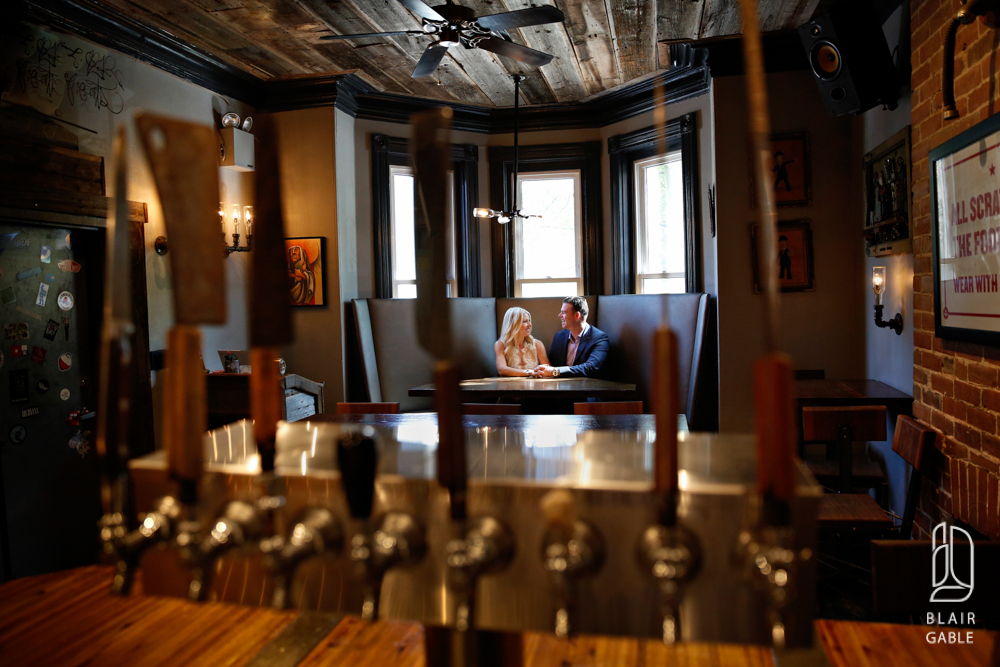